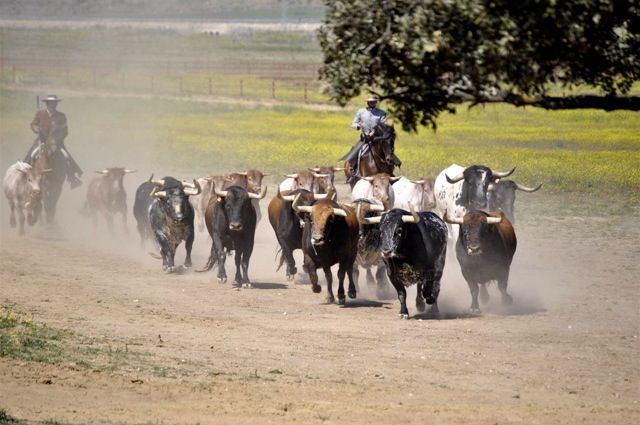 Getaways in the Province of Cadiz

The Route of the Bull runs through those livestock areas in the province of Cádiz where brave bulls and the native retinto breed are raised. Of enormous natural and cultural value, this animal is observed in its natural habitat.

The Route of the Bull (Ruta del Toro) is a tourist itinerary in the province of Cadiz that runs through those cattle areas where brave bulls and the native retinto breed are raised. These are highly regarded, gastronomically speaking. Of enormous natural and cultural value, this animal is observed in its natural habitat, the pasture.

The route runs through the following municipalities:

A very special route around the bull

The province of Cadiz is a nerve centre as far as the bull is concerned. In this province there is a specific route that is dedicated to show this world. The livestock that are shown on the route has a great national and international record (also following the bullfighting tradition that exists in South America). They have achieved this prestige thanks to the bravery, nobility and lightness that their bulls have.

Thanks to this route and the natural landscape in which it is located, we can observe the bull in its natural environment, thus becoming a setting of great beauty. The typical places where the bull inhabits are the meadows and the countryside, through which there are watering holes to drink. Cattlemen choose this type of land for the bull because they keep the land clean.

You can visit the different livestock or pastures that we propose on TUDESTINO.

The tour of the Route of the Bull

This route crosses the province from north to south, cutting it almost diagonally in its path. We will visit important natural sites of the province, such as the Sierra de Grazalema or Los Alcornocales Natural Park. Along its almost 100 kilometres, we will pass through most of the regions that make up the province: La Janda, Campo de Gibraltar and Campiña de Jerez. The highway (A-381) that makes up these 100 kilometres to facilitate the transfer no longer forces the visitor to enter through the middle of the city centres. Even so, getting to these is very easy and convenient.

We will start the ruta in the city of Jerez de la Frontera. It is the key point where flamenco and the horse are the fundamental symbols, as is the bull. In its bullring, dated from the 19th century, the first bullfight race was debuted. Bullfighters of great prestige have fought there.

Following the southbound route we reach the municipality of San José del Valle. In this town, a bullfighting festival is planned with the subsequent bullfighting atmosphere, bullfights and bullfights of young bulls. Its cattle tradition of bulls goes back to the 15th century, being in its best times one of the main economic and restocking sources of the time.

The next town we visit is Paterna de Rivera. In this town, as in many others on the Route of the Bull, they have the release of bulls during Holy Week as tradition. On Palm Sunday this animal gains special prominence, where they call it “the Hallelujah Bull”, thus ending Holy Week. This holiday dates back to the 18th century.

Paterna de Rivera is followed by Medina Sidonia, cradle of the cow and retinto bull, appreciated for its meat. It is a very robust species and withstands the sudden changes in temperature of the area. In the meadows and low mountains of this municipality the cattle ranches abound. The most frequent is to find herds of them along the road. Also, visiting stockbreedings as popular as Cebada Gago is very common in this area. They plan authentic country days and, depending on the time of the year, enjoy calf breeding. This livestock is one of the most anticipated in the celebrations surrounding San Fermin festival, due to its bravery.

The next stop on the Route of the Bull will be Alcalá de los Gazules. The “Unión de Criadores y Toros de Lidia” and “Finca El Larios” are based here. In the latter, guided tours are offered in which even horse shows, lunches or breakfasts are offered in the countryside. You can take pictures of their daily tasks and also photograph the animal itself.

Benalup-Casas Viejas is located almost in the region of La Janda. It is a key point for the sighting of birds of passage that go towards the Strait in the change of season. It stands out because there are hardly any livestock that deal with this type of bull, since they are brave bulls. Farmers, as in neighbouring municipalities, have taken advantage of this opportunity for tourism. Therefore, 4×4 visits and horseback riding tours are offered. The people from Benalup, on their Independence Day, release the bull through the streets of the town and the local festivities take place.

Arriving at the Campo de Gibraltar and touring Los Alcornocales Park, we arrive at Los Barrios. There is a stockbreeding called Ganadería Gavira that offers, like the others, guided tours and lunches in the countryside. Here it is also common to release embolaos bulls through its streets on the days of local festivities.

In Los Alcornocales Natural Park we find Castellar de la Frontera. In this municipality, located in an extraordinary setting, stockbreedings and herds of bulls are seen in all their splendour in a unique natural setting. The neighbouring town, Jimena de la Frontera, bases its economy on livestock; not only from the bull, but also sheep. Its bullfighting history dates back to the nineteenth century, with large bullfighting celebrations with posters of great attractive bullfightings.

One of the last villages of our route is San Roque. There are several stockbreedings there, but they don’t offer visits. Even so, you can enjoy this setting and see these animals in their beautiful habitat.

Algeciras, meanwhile, has a large bullring. The Plaza de Toros de las Palomas has a great history: built at the beginning of the 20th century, it enjoys great popularity and a national record in the bullfighting world.

As the last stop on our Route of the Bull, we arrive at the most southern city: Tarifa. The month of September is dedicated entirely to the bull and bullfighting-related festivities.

An extra to the route

The city of El Puerto de Santa María, although not included in the Route of the Bull, has this animal very present in its industry. It is in this city where the bulls that decorate the roads throughout Spain are manufactured. The company that is dedicated to this is a winery company. They knew how to take advantage of their brand image and began to promote themselves with the silhouette of a great bull across the entire road network of Spain. These great figures can be seen along the roads that connect all the towns of the Route. 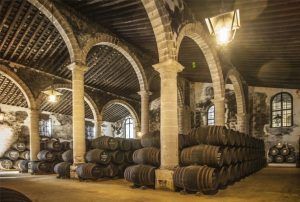 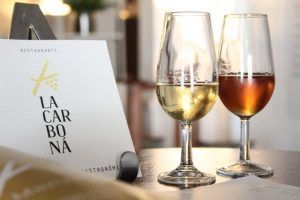 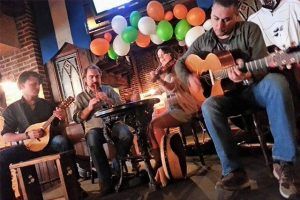 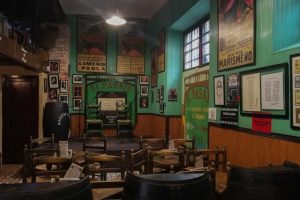 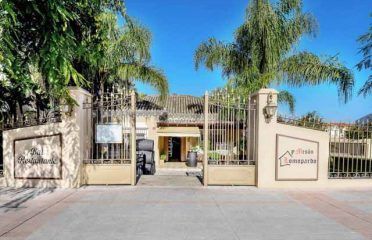 €€€€
Restaurants in Jerez de la Frontera
Mesón Lomopardo brings together the good work and perseverance of 3 generations of restaurateurs. They have been able... 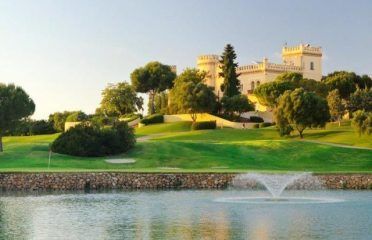 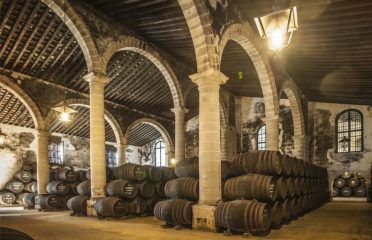 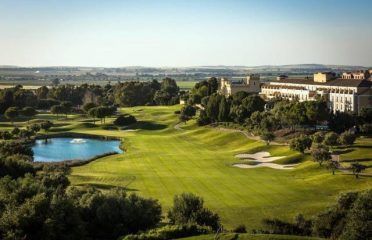 €€€€
Accommodation in Jerez de la Frontera
The Barceló Montecastillo Golf & Sport Resort ***** is a modern and elegant hotel that guarantees stays of luxury,...
Copyright Tudestino S.C. - 2023 Sitemap
Cookies are important to you, they influence your browsing experience. We use analytical, personalization and advertising cookies (our own) to make profiles based on browsing habits and show you personalized content. You can consult our Cookies Policy. By clicking on "Accept all ", you consent to all cookies being saved on your device or you can configure or reject their use by clicking on "Settings ".
Cookies Policy Settings Accept all
Privacy & Cookies Policy