Vía Verde de la Costa Noroeste is the old railroad of the Northwest Coast. The distance of this route is 22.3 kilometres and it lasts about 1 hour and a half or two by bike. It is in the city of El Puerto de Santa María where you will find the imprint of the old passage of the train to Sanlúcar.

In order to know the creation of the Vía Verde de la Costa Noroeste (“Greenway of the Northwest Coast”), we must go back to the past. In 1892, the first railroad that started from El Puerto de Santa María was launched, passing through Rota, Chipiona and Sanlúcar de Barrameda until reaching Bonanza. Finally, the railway line was not profitable and was closed. There was very little demand for the service, which led to economic losses in RENFE (the state-owned train company in Spain). This was the determining cause of the closure of this El Puerto-Sanlúcar line.

After this brief summary, you will understand that the Vía Verde de la Costa Noroeste is the old railroad of the Northwest Coast. The distance of this route is 22.3 kilometers; It lasts about 1 hour and a half or two by bike.

It is in the city of El Puerto de Santa María where you will find the imprint of the old passage of the train to Sanlúcar. The old station of El Puerto was one of the oldest in Spain. Today only its gardens remain.

To start the Vía Verde de la Costa Noroeste, you must go near the Civil Guard headquarters, in which the original layout is but which today is completely transformed. After leaving from there, we cross a road and continue along a small paved lane. On the left you can see remains of stones from the railroad.

The lane ends and we find a road. Just opposite there, there is a walk created on the old road. They used the rails of the old curb and, from end to end, they paved it to become a path.

The route is already similar, either by road or lanes, until you reach the Rota Naval Base. From there, there is a section where we will find many rubble and garbage. During the tour, the sea is seen and heard at some point. We will also see the Chipiona greenhouses, known as “the other sea”.

Once we reach Sanlucar, the route is lost through the city. A boulevard has been built that overlooks the current bus station whose building belonged to the old railway station. There is a decorative tile on one of its walls that remembers it.

It is here where the Vía Verde de la Costa Noroeste ends, starting from El Puerto de Santa María, where the railroad fell into oblivion.

Church of El Carmen in Rota

Discover recommendations by TUDESTINO in Rota 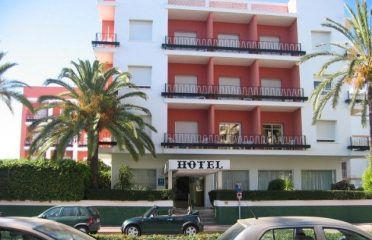 €€€€
Hotel Caribe is well situated on the coast of Cadiz, on a wide avenue in the city centre of Rota. It is just 100 metres...
Rota
Day Off! 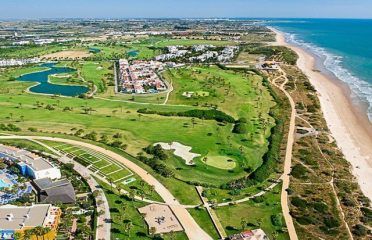 €€€€
Costa Ballena Ocean Golf Club is located on the Atlantic Coast close to Doñana National Park. It is surrounded by...
Rota
Day Off!

The origin of the Church of San Roque goes to a small chapel on the outskirts of the town of Rota. The current church,...
Rota
Day Off!
Copyright Cadiz Online S.C. - 2020 Sitemap
This website uses cookies to improve your experience. We'll assume you're ok with this, but you can opt-out if you wish.
AcceptRead more
Privacy & Cookies Policy