The Castle of Santiago, in Sanlúcar de Barrameda, is a building built in the second half of the 15th century by the II Duke of Medina Sidonia.

The Castillo de Santiago (Castle of Santiago), in Sanlúcar de Barrameda, is a building built in the second half of the 15th century by the 2nd Duke of Medina Sidonia.

It was not designed for military or surveillance purposes. Therefore, it can be considered as a demonstration of power of the Duchy. Throughout its history, it has functioned as a ducal fortress and barracks. After almost a century of neglect and suffering serious damage from a fire, it was completely remodelled.

The Castle is considered a monument and Cultural Heritage Asset. 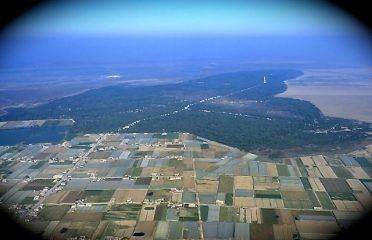 The Camino de las Salinas bike trail, in Sanlúcar de Barrameda, runs parallel to the Guadalquivir river through the Doñana...
Sanlucar de Barrameda
Copyright Cadiz Online S.C. - 2020 Sitemap
This website uses cookies to improve your experience. We'll assume you're ok with this, but you can opt-out if you wish.
AcceptRead more
Privacy & Cookies Policy