The Estuario del Río Guadiaro y la Laguna de Torreguadiaro (Río Guadiaro Estuary and Torreguadiaro Lagoon) are two of the most important natural landscapes in San Roque. These wetlands take advantage of their extraordinary location, as they are on the migration route of a large number of birds between Europe and Africa.

It was declared a Protected Natural Area of ​​Andalusia in 1989, with an area of ​​27 hectares that were extended in November 2013 by 8 hectares. It has also been declared a Special Protection Area for Birds (ZEPA in Spanish) in 2002.

These wetlands take advantage of their extraordinary location, as they are on the migration route of a large number of birds between Europe and Africa. Therefore, they become great places to study and observe them.

During its passage through the Strait of Gibraltar, it is worth noting the presence of a large number of migratory birds. The little egret, the purple heron, the greater flamingo, the osprey, the sanderling, the common redshank or the ruddy turnstone are some of these birds. As for the species that inhabit the Río Guadiaro Estuary, we must mention the otter and the sea lamprey. Unfortunately, these are strongly threatened species. 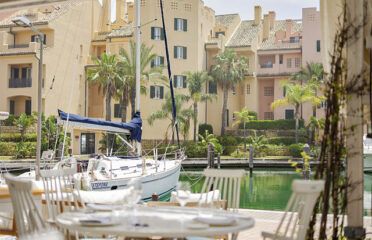 €€€€
Located in one of the most charming corners of the Port of Sotogrande, this Mediterranean cuisine restaurant...
Sotogrande
Day Off!

Pinar del Rey is a huge forest park that has become one of the most important green areas of Campo de Gibraltar. It is...
San Roque 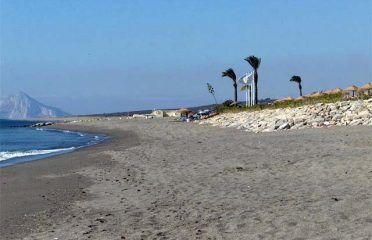 Playa de Sotogrande is located in Sotogrande, an exclusive residential area belonging to the municipality of San Roque....
Sotogrande

The San Roque Municipal Museum is an interesting exhibition space where you can discover the history of the...
San Roque
Day Off!
Copyright Tudestino S.C. - 2021 Sitemap
This website uses cookies to improve your experience. We'll assume you're ok with this, but you can opt-out if you wish.
AcceptRead more
Privacy & Cookies Policy