What to See in Cadiz City 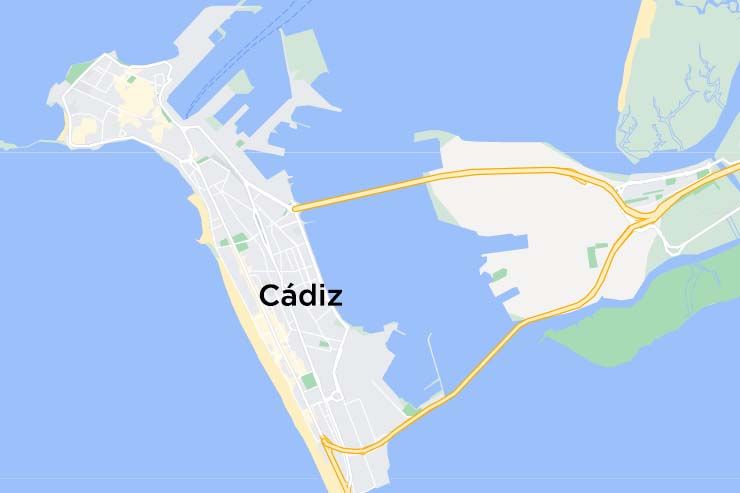 Find out what to see in Cádiz city and the outskirts. Find here all the information of the best places to see in Cádiz and the most popular places to visit with the best recommendations. We are the only specialised website in the Province of Cádiz.

WHAT TO SEE IN CADIZ CITY

Cádiz is a city with lots to see. On the map we place it in the Bay of Cádiz and it is the capital of the province of Cádiz. Therefore, it has great cultural and historical value.

The city has great points of great interaction and interest. However, and like the rest of the province, its beaches are characteristic. Some that stand out are Cortadura Beach, Playa de la Victoria, Playa de las Mujeres / Santa María del Mar and the one of greatest interest, La Caleta. There you will find the Castle of San Sebastián and the Castle of Santa Catalina, the old spa and the small quaint boats.

If you want to know the history of Cádiz, you can do it through the different archaeological sites scattered throughout the city. The Casa del Obispo Archaeological Site, the Gadir Archaeological Site, the Roman Salting Factory and the Roman Theatre, among others. Through the streets you can admire the innumerable historical and religious buildings with great value for its history and its architecture. Some examples would be the Cathedral of Cádiz, religious building par excellence, and the San Felipe Neri Oratory (Baroque style temple). Attached to the latter is the Interpretive Centre of the Constitution of 1812, a place of great interest of the city.

As for historic buildings, you can visit the Palacio de la Diputación de Cádiz, the many Palace Houses, the Chamber of Commerce and the Tavira Tower. The latter has extraordinary views of the city.

If we go into the neighbourhoods and squares, you can see Plaza de San Antonio, Plaza del Mentidero, Plaza de las Flores, Plaza Mina or Plaza Candelaria. See all the monuments, stroll through the Alameda Apodaca, visit the Parque Genovés Park and see the Mirador entre catedrales.

There are several theatres of great cultural value, but the most important and recognised one is Gran Teatro Falla. The Carnival Group Contest is held annually here. Another theatre that we should mention (and that children love) is the Aunt Norica Puppet Theatre (Teatro de Títeres de la Tía Norica).

There are different museums that should be visited, such as the La Merced Municipal Centre for Flamenco Art, the Cádiz Lithographic Workshop Museum, the Puppet Museum or the Baluarte de la Candelaria. All of them are places of great value and cultural interest.

On TUDESTINO you have all the information you need in order to know in depth all the spots offered by the wonderful capital of the province of Cadiz.

Descubre What to See in Cadiz City 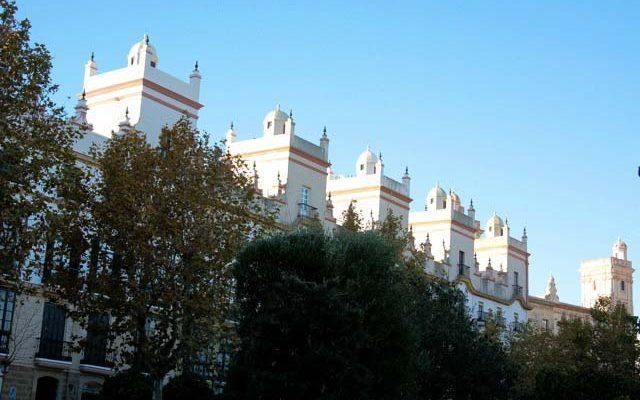 Historic Buildings in Cadiz city
Known as Casa de las Cinco Torres (The House of the Five Towers), it is a group of different houses built on a block of large proportions. It was built around 1771. Baroque and transitional Neoclassical style stand out. Despite being independent estates, they form a homogeneous group, showing similar features. They have the same... 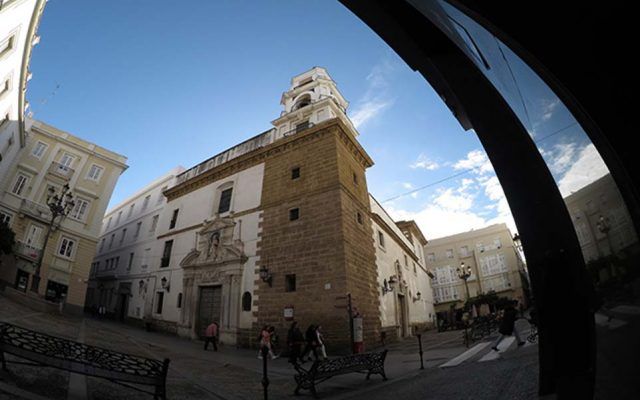 Churches - Religious Buildings in Cadiz city
The Church of San Agustin was built in the first half of the 17th century in Cádiz. Latin-cross plan, the main façade and its marble portal stand out. These were built in Genoa by Sancho de Urdanibia in 1647 and designed by Alejandro Saavedra. The image of Saint Augustine can be seen there. Its interior... 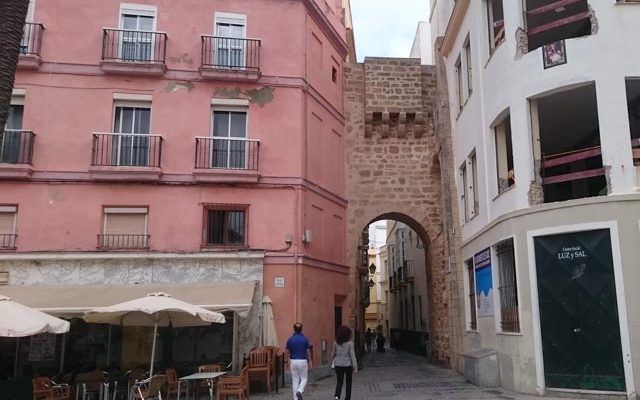 Monuments in Cadiz city
The Arco de la Rosa gets its name from a small chapel that housed the Virgen de la Rosa, in Cádiz. It has undergone several modifications over time. The original access was made using a zig zag queue shaped entrance, enforced by a tower that today no longer exists. The width was expanded to allow... 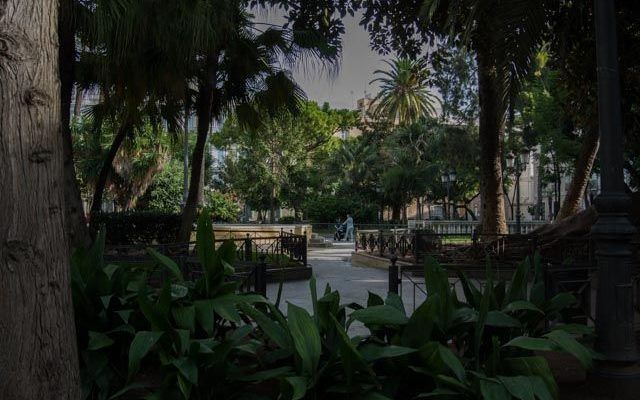 Unique Sights and Spots in Cadiz city
Plaza de Mina (“Mina Square”) is one of the most popular entertainment venues in Cádiz. Transformed into a public space after the disentailment of the Mendizabal, it has many interesting culinary, cultural (Cadiz Museum and Casa Pinillos) and architectural sites to see and visit. We must mention the house at No. 3, birthplace of the... 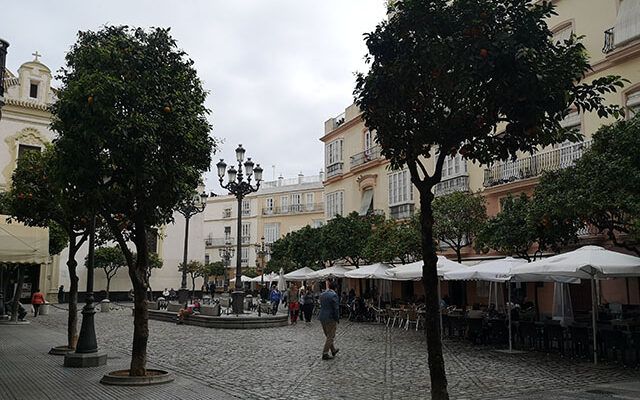 Unique Sights and Spots in Cadiz city
Plaza San Francisco (“San Francisco Square”) is one of the busiest places in the old city of Cadiz. It is also the starting point of one of the most popular streets of the city with which it shares its name. This little part of the city has a long tradition in the catering and hotel... 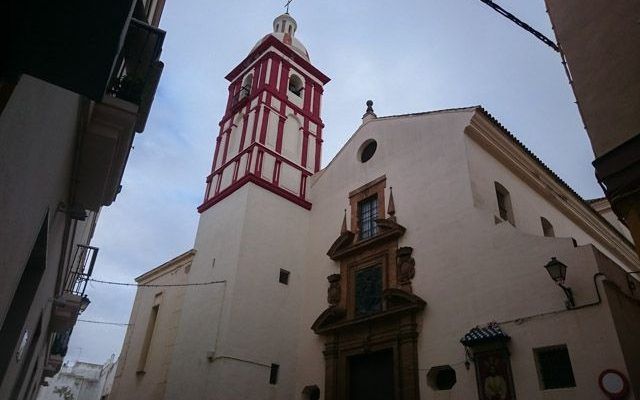 Churches - Religious Buildings in Cadiz city
The Church of La Merced was part of the Convent of the Barefoot Mercedarian order, in Cádiz. It was founded in the 17th century at the behest of the Dukes of Medina Sidonia, who were protectors of such order. Because of the destruction occurred from the 19th century confiscations, today only the main façade and... 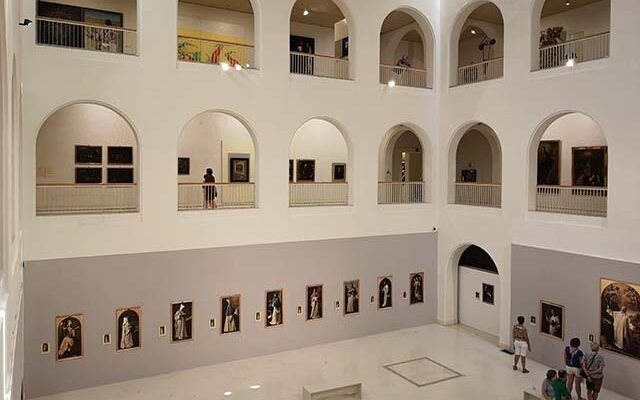 Museums - Exhibitions in Cadiz city
The origin of the Museo de Cádiz (Cadiz Museum) begins in 1835 with the deposit at the Academy of Fine Arts of a series of paintings. These were from various secularised monasteries. There is an interesting collection of archaeological finds and fine arts. The casual discovery in 1887 of the male Phoenician anthropoid sarcophagus in... 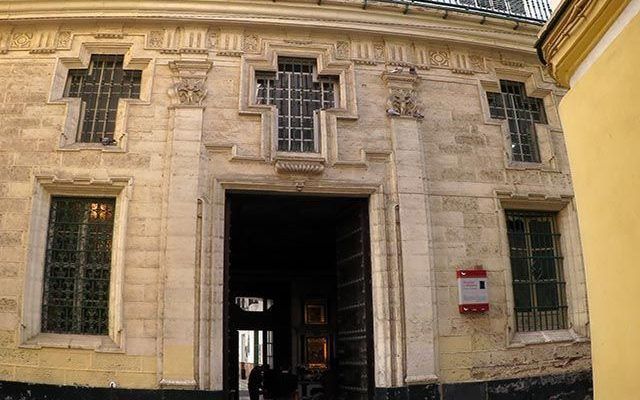 Churches - Religious Buildings in Cadiz city
The Hospital de Mujeres and Chapel of Nuestra Señora del Carmen dates from the 18th century. There is an interesting collection of works of art, emphasizing on how the canvas La Visión de San Francisco con el Compañero de Espalda, dated around 1601. It is a work of El Greco, which belonged to the private...

Historic Buildings in Cadiz city
The Fomer La Palma Spa (Balneario de la Palma) is one of the most unique buildings of Cadiz. Opened in 1926, it replaced the traditional Baños del Real. It is a building made of reinforced concrete, which has two distinct nuclei: the entrance hall, built on the wall (la Muralla) and the Spa called Balneario,... 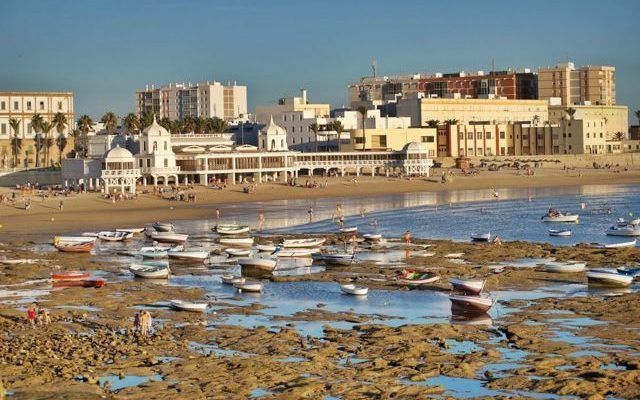 Beaches in Cadiz city
La Caleta Beach, in Cádiz, stands out for its beauty and popularity among the gaditanos. It is the only one located in the historic centre, and is the smallest in the entire city. Nestled between the Castles of Santa Catalina and San Sebastián, it is located in front of the old Hospital de Mora, the...