Culture What to see 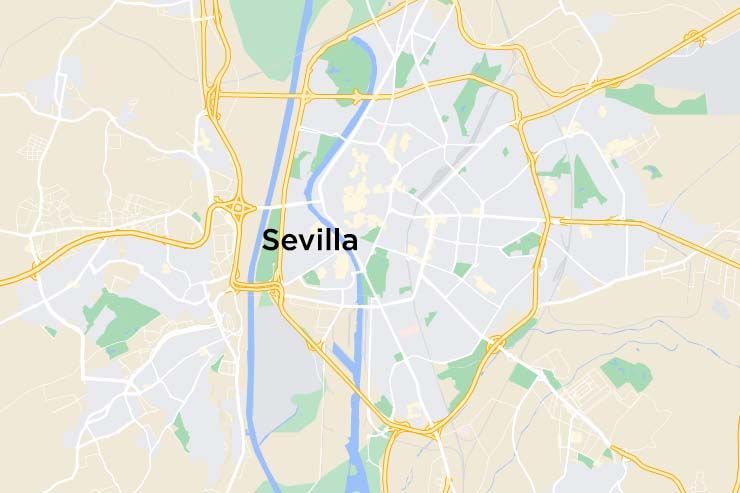 Take a look at our guide to the most beautiful churches and religious buildings in Seville. Whether you are a believer or not, we assure you that you won’t regret visiting these places.

Seville (Andalusia, Spain) is characterised by the large number of churches we can find. Even so, we have selected the most special ones so you can enjoy this cultural wealth that the city offers.

This church was built in the 9th century on the remains of the Greater Mosque of Seville. It is the second largest, behind the Cathedral. It is known for constituting the Brotherhood of El Rocío and being the place from where they pilgrimage to Huelva.

Built between 1936 and 1946, this modern neo-Baroque style temple is known for housing the Virgen de la Esperanza de la Macarena. It is located in front of the Puerta de la Macarena, an old entrance to the neighbourhood.

This 13th-century Gothic-Mudejar church was renovated in the 16th century. It is one of the best-known temples in Seville, largely to house the Señor del Gran Poder, better known as the Señor de Sevilla (“Lord of Seville”).

It is a great example of baroque architecture of the 18th century. It currently belongs to the Provincial Council of Seville and is a Cultural Heritage Asset.

Located on Castilla de Triana Street, it is the result of two chapels that were built at different times. In this church you will see the famous image of Cristo de la Expiración, better known as El Cachorro. 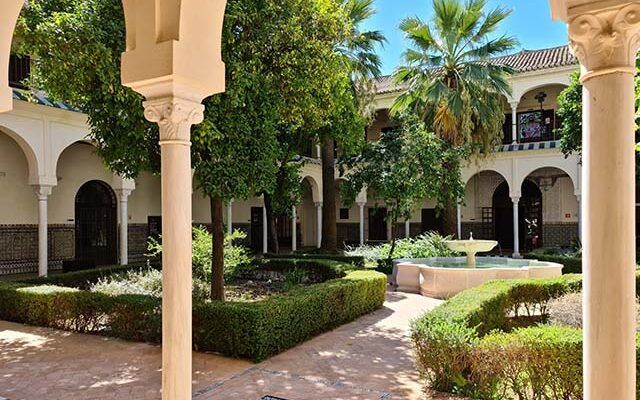 Churches - Religious Buldings in Seville City
Capilla del Cachorro, also known as Basílica del Cristo de la Expiración, Basílica del Cachorro or Basílica del Patrocinio, is located in Seville‘s Triana district (Andalusia, Spain). This temple consists of two chapels attached to each other due to their small size. The first chapel dates from the seventeenth century, while the second one is... 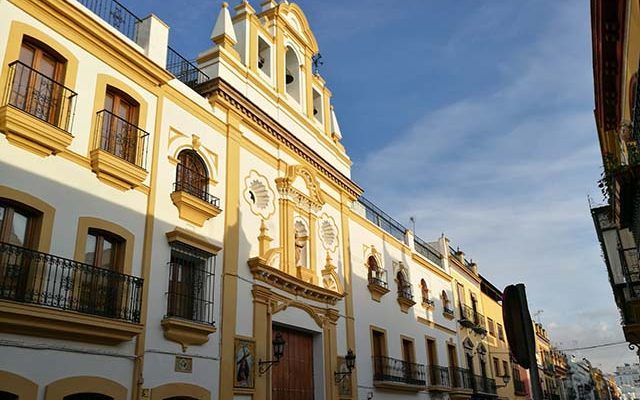 Churches - Religious Buildings in Seville City
The Capilla de los Marineros (literally, “Chapel of the Sailors”) is a Catholic church located in the neighbourhood of Triana, in Seville, Spain. It is just two minutes walk from the Church of Santa Ana. This is the Holy See of the Brotherhood of Esperanza de Triana. The image of Nuestra Señora de la Esperanza... 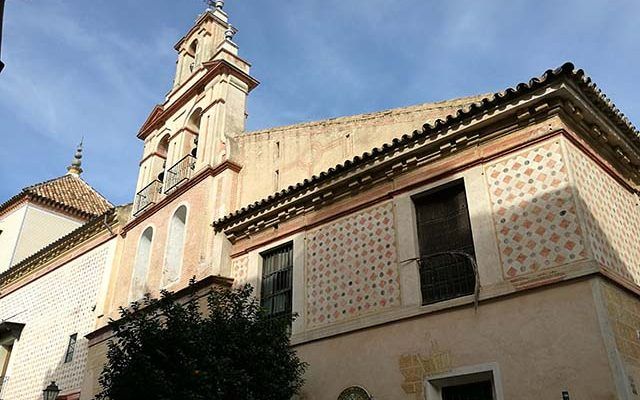 Churches - Religious Buildings in Seville City
The Real Parroquia de Santa Ana (“Parish of Santa Ana”), in Gothic-Mudejar style, was built in the late thirteenth century in the district of Triana. Its construction came by King Alfonso X, as he healed of an eye disease by a miracle of Santa Ana. It’s popularly known as the Cathedral of Triana, despite not... 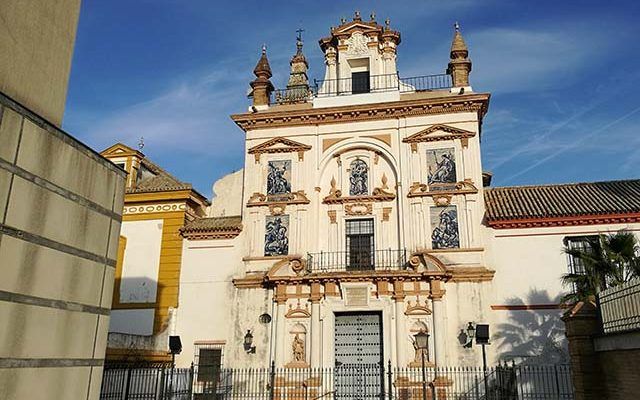 Iglesias - Edificios Religiosos en Sevilla Ciudad
The construction of the Church and Hospital de La Caridad, in Seville (Andalusia, Spain), dates back to the seventeenth century. It was carried out in typical Sevillian Baroque style. The Holy See of the same name has its origins in the fifteenth century. It provided lodging mostly to poor and sick people. Paintings and decorative...

Churches - Religious Buildings in Seville City
The Basilica of Jesus del Gran Poder is located in Seville’s San Lorenzo district. This Catholic temple is built next to its brotherhood and the parish of San Lorenzo, from the thirteenth century. These buildings are located in Plaza de San Lorenzo, near the Alameda de Hercules. Its facade has neo-baroque style. The interior is... 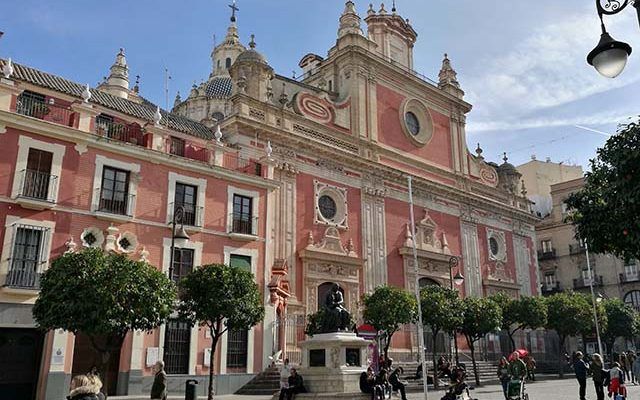 Churches - Religious Buldings in Seville City
Church of El Salvador (literally “Church of the Saviour”) is the second largest Catholic church in Seville (Andalusia, Spain), surpassed only by the Seville Cathedral. Located in Plaza del Salvador, it is considered a Cultural and Historical Heritage of Spain. It is not only its historical and cultural heritage which stands out, but also its... 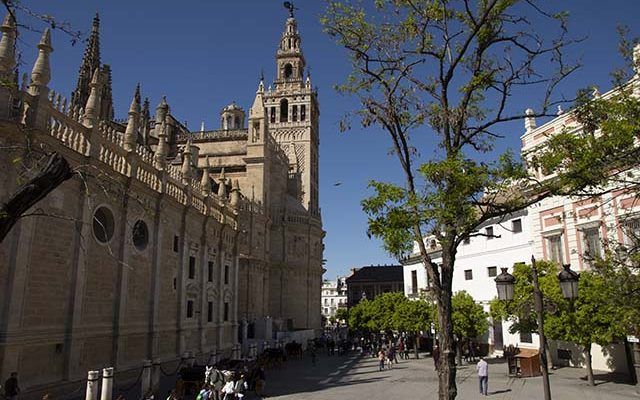 What to see in Seville City
The Seville Cathedral, or the Cathedral of Saint Mary of the See, is considered one of the largest Gothic cathedrals in the world. Only the St. Peter’s Basilica and the St. Paul’s Outside the Walls are larger. Its area covers more than 11,500 sqm. The cathedral length is 115 metres, the width is more than...

Churches - Religious Buildings in Seville City
The Basilica de La Macarena is a Catholic church located in Seville, Spain. In turn, it is the Holy See of the Brotherhood of La Macarena, whose eight-hundred-square-metre museum is right next door. Originally, the basilica was built to house the images of this brotherhood. Opposite the temple is the Puerta de la Macarena, one...