Things to do in Sanlúcar

We suggest a Sanlucar de Barrameda landmarks tour to explore a city that has been a spectator of important historical events. The monuments that you will know on this route are a good example of this.

Sanlucar de Barrameda has been a spectator of important historical events in the province of Cádiz that changed the way we see the world.

It said goodbye to Christopher Columbus, Magellan and Juan Sebastián El Cano and witnessed the colonisation and Christianization of the New World. It also saw the transfer of the Hiring House to Cadiz. But it also suffered negatively the earthquake that affected all the coastal cities of the province and the fall of the most important houses, such as Medina Sidonia’s.

The origin of Sanlúcar’s name comes from an Arabic word used to call the east wind. Other authors think that it comes from a Latin word that means “behind the forest”, referring to Doñana. At that time, Romans already mentioned it.

In Sanlúcar there are several tours perfectly marked in each monument. On this occasion, we will take a tour through the main monuments of the city.

Starting from the Barrio Alto, the first stop is the Palacio de Orleans-Borbón. You will be surprised by its facade, with yellow and red horizontal lines, and its Arabic atmosphere although it dates back to the 19th century. The gardens are an English-style botanical garden. We find there different species, mostly brought from America.

We continue to the Ducal Palace of Medina Sidonia, with unbeatable views of the mouth of the Guadalquivir River. It was the official residence of the Dukes of Medina Sidonia. Over time, it has undergone successive renovations, and currently it houses the Historical Archive of the Medina Sidonia House.

The great religious history of the city translates into a large number of churches here. The first one we find on our tour is the Nuestra Señora de la O Parish Church. It is one of the oldest in the city, dating back to the 15th century. Its main facade looks like a work of goldsmithing due to the amount of details. Inside there are important works of painting and imagery.

Sanlucar de Barrameda has beaches, marshes, a Natural Park and even a castle! From the Castle of Santiago you can see beautiful views of the city. Legend has it that Isabella I of Castile saw the sea for the first time from here.

Going down the Cuesta de Belén (“hill of Bethlehem”) we find the pórtico de las Covachas. Its utility is unknown, but the stone carving with snakes is worth taking a couple of photos. Near las Covachas, you will find the Basílica de la Caridad. This is the headquarters of the Patron Saint of the city. Its impressive main altarpiece stands out.

Next thing we will find on our tour is La Merced Auditorium, which has two accesses. Since its last restoration, this building has a great program of cultural activities throughout the year.

Going to the area of ​​the Plaza del Cabildo we find the Convento Madre de Dios and the Iglesia de los Desamparados Church, next to the Municipal Library. Walking along the same street where the Convento de Madre de Dios is located, we find the Centro Cultural de la Victoria (“La Victoria Cultural Centre”). Since it was created, it has had several uses (including cellar!). For many years it was also a Convento de Mínimos. Today it serves as exhibition centre.

The Church of la Santa Trinidad houses the tomb of the builder himself. The image of the Virgen de los Dolores is attributed to Roldana, sculptor of the Italian Renaissance era. Next stop is the Regina Coeli Convent. This has a double facade and was inherited by the nuns of the order of Saint Claire.

The Church of San Jorge is the current headquarters of the Brotherhood of Rocío. It takes a great role for its proximity to Doñana National Park. The Parish of Santo Domingo had several uses. First, it was a manzanilla cellar (and still is!), and the chapel has remained open until these days.

The Church of Santo Domingo is part of the former Franciscan convent. Inside it houses images of cultural interest. On its exterior there is an image of Juan Bosco.

Finally, the last stop of our route is the Parish of San Nicolás. Here you can see paintings inspired in the New World and beautiful baroque altarpieces.

We recommend that you make some stops during this tour to enjoy the restaurants and bars of Sanlucar. You can eat their famous fish, stews and seafood. We also advise you to look for an accommodation in the city. You will have time to enjoy these city tours, practise active tourism activities, visit the Natural Park or some of its famous wineries. Have fun! 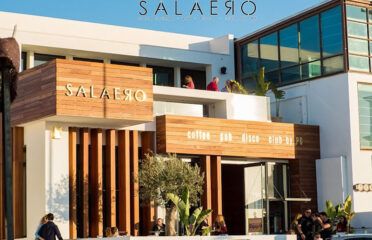 €€€€
Nightclubs in Sanlúcar de Barrameda
Salaero opened its doors in 2018 to become a reference place to enjoy nightlife in Sanlúcar de Barrameda (Andalusia,...
Copyright Tudestino S.C. - 2022 Sitemap
Cookies are important to you, they influence your browsing experience. We use analytical, personalization and advertising cookies (our own) to make profiles based on browsing habits and show you personalized content. You can consult our Cookies Policy. By clicking on "Accept all ", you consent to all cookies being saved on your device or you can configure or reject their use by clicking on "Settings ".
Cookies Policy Settings Accept all
Privacy & Cookies Policy